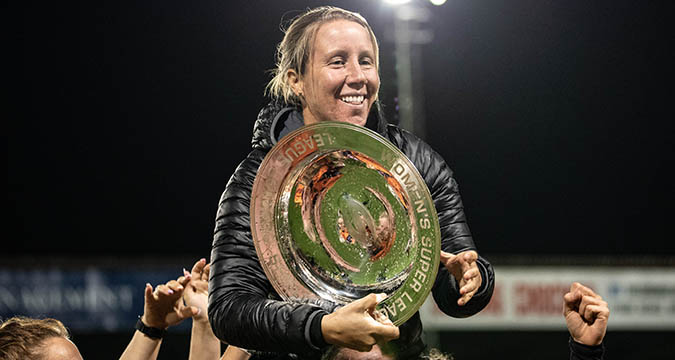 Castleford Tigers Women are on the look out for a new head coach after Lindsay Anfield announced she is to step down from the role after five years.

Anfield, a former England international, has been instrumental in growing the women’s game in recent years and led the Tigers to the League Leaders Shield and the Grand Final in 2019, as well as back-to-back Challenge Cup Final appearances.

The decision has been made so that she spend more time with her young family and focus on her role as Head of PE at De Lacy Academy. She will however remain involved with the game through her role as an assistant with the England Women’s Team in preparation for the 2021 Rugby League World Cup.

“It’s with a heavy heart that I’ve taken the decision to leave the Tigresses,” said Anfield.

“The current Pandemic has led to vastly increased pressures and expectations on the women’s game, and I feel it is now the right time to step away.

“It has been an honour to work with such a talented and dedicated group of players and staff, all of whom I will continue to support from the sidelines.”