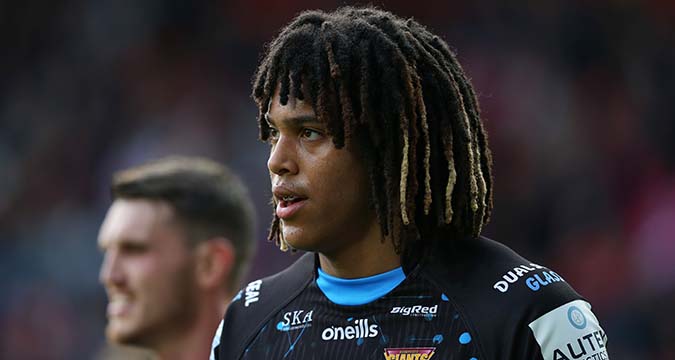 Another promising teenage Rugby League player is on his way to Australia.

And that begs the question: Are we about to see a succession of our top young talents heading to the NRL?

And let’s not forget the impact Herbie Farnworth has had at Brisbane Broncos.The 20-year-old back, who comes from Blacko, a small village on the Lancashire-Yorkshire border between Burnley and Skipton, is slightly different to the other two because he wasn’t attached to a professional club in England before joining Brisbane.

Also a talented footballer who was part of Manchester United’s development system and apparently a target of Manchester City until deciding to concentrate on our game, his mentor is his uncle Brian Foley, the former Wigan youth development and performance manager who has a great track record for unearthing young gems.

You might have thought that Herbie, who played for amateur clubs Wigan St Pats and Newton Storm, would end up at the Warriors. But after a couple of stints playing Down Under for Burleigh Bears, where his uncle had contacts, Brisbane made their move.

Having played for England Under-16s, he joined Brisbane’s development team on leaving school, and got a first-team contract in 2018.

Herbie made his NRL debut last year after impressing for the Broncos’ feeder club Norths Devils, and he has featured in all but one of Brisbane’s games this season, including Friday’s 28-10 defeat by South Sydney Rabbitohs, in which he played in the centres and scored a try, his fourth of the season.

All in all, it’s quite a story and one that Dominic and Harry will be going all out to follow.

It’s interesting that they have chosen to go to Australia rather than remain in England.

You can see the attraction of the lifestyle over there, and also the potential financial rewards.

But is part of it that, as is the case with Herbie Farnworth, that the Aussies will give them a chance to play in the first team?

I went out to Balmain Tigers when I was 19, and can vouch for the fact that if they think you are up to it, Australian clubs will have no hesitation in playing you. Contrast that with England.

Dominic has played just once for the Giants, while Harry signed his Canberra contract having yet to play a first-team game for Wigan. Yet big NRL clubs have seen enough to hand them lengthy deals.

I think that over here, we look for reasons not to give youth its head, and as long as that’s the case, talented lads will have another reason to favour a switch Down Under if the chance comes along.

While they might be lost to the English club game, the plus is that their development Down Under could give us additional choices at international level, and I reckon Shaun Wane will be taking close note of Brisbane’s matches as he looks to next year’s World Cup.