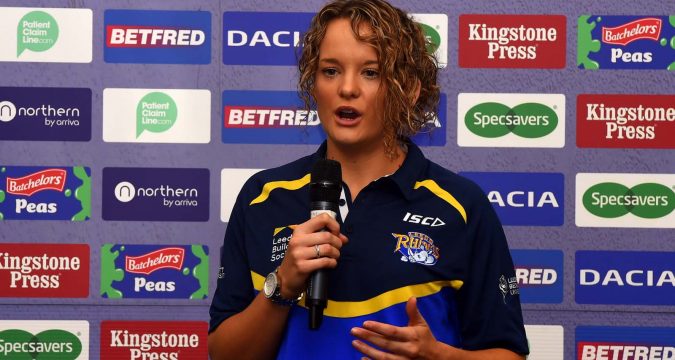 Chosen by their fellow players, the award is for the player who has made the biggest impact on the field this season.

Stanley has had an impressive season at fullback with Castleford Tigers having made the move from Thatto Heath at the end of last year while Roche, 17, has made a big impact for the Tigers. She was named player of the match in the Tigers’ Challenge Cup Semi-final victory over York City Knights, a game in which she scored four tries.

Forsell has captained the Rhinos to a Challenge Cup winning season and a place in the Super League semi-finals after a dominant season.

“I’m delighted that we will be officially recognising the incredible talent on show in the Women’s Super League with the introduction of the Woman of Steel award this year,” said RFL CEO Ralph Rimmer.

“All three players shortlisted for the award are incredibly worthy nominees and have made a huge impact on field this season and I would like to extend my congratulations to them all.