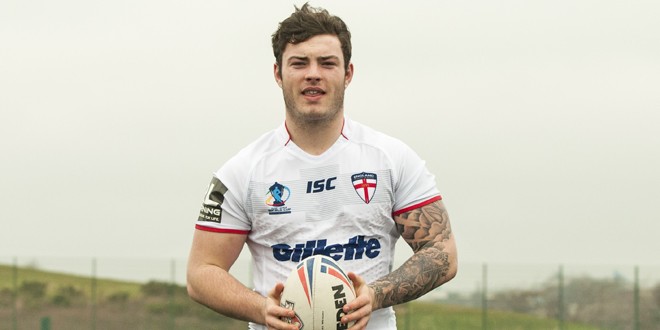 North Shields-born Sam Luckley swapped the octagon for the Rugby League field and has been named in England’s Academy squad.

The Gateshead College student, 18, was a mixed martial artist before turning his hand to Rugby League. He is now on a one-month trial with Super League club Huddersfield Giants and in the running to play against France for the England Academy on Friday May 16.

He said: “I was really into cage fighting a few years ago and I did that for about 12-18 months. I discovered that it was a great way of channeling my aggression.

“Rugby gives me that same focus and drive. I’m thrilled to have been picked for the squad and my goal now is to play in the France game.”

Rob Jones, Rugby League coach at Gateshead College, said: “The Rugby League Performance Centre is an integral part of our Academy for Sport and has given Sam the chance to showcase his skills on the national stage. Some players who are selected for the youth and academy teams then go on to play for Super League sides.

“Sam now has a great opportunity to fulfil his potential and go on to forge a worthwhile career in this industry.”