By my missus,
November 5, 2019 in The General Rugby League Forum

Yeah but their ground is rubbish, their fans are made of cardboard and those photos of kids playing rugby league are fake - it’ll never last anyway, and I’d rather watch Oldham v Rochdale.

If this true, what this signing does is to make it cool to play rugby league. It’s literally as simple as that. And for a code that has struggled for attention, signing SBW is a huge shot in the 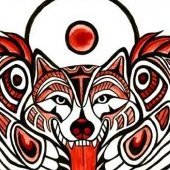 It's like Christmas morning in my house. 2020 fixtures released and the signing of SBW confirmed. Sonny Bill is the top sports news story in Toronto this morning. In only three years, Wolfpack now rat