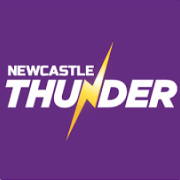 A bit of positive news in the wake of the doom and gloom at Broncos here. I was at Thunder v Oldham on Sunday. Attendance was just under 1,100  and a large proportion of the crowd there would have bee

There's a lot of variance in Championship teams' performances this year isn't there? The Bradford that capitulated to Sheffield and Fev v the Bradford that won 6 in a row The Halifax that lo