The AMAZING success of Expansion 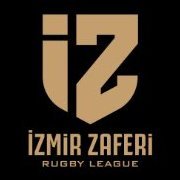 By Izmir Zaferi,
October 2 in The General Rugby League Forum