By hunsletgreenandgold,
February 23 in The General Rugby League Forum 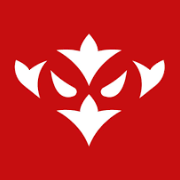 I went to Tampa Bay v Detroit in 2005 when I was 17 (couldn't even drink I was gutted). This bloke in a loud, brash American accent shouts, 'Hey beer man. Give me a beer!'  So I turn round a

So I know this subject comes up in various other threads, one way or another - whether it be related to attendance figures or like last week I know there was discussion on the Channel 4 thread regardi