By John Drake,
February 24 in The General Rugby League Forum 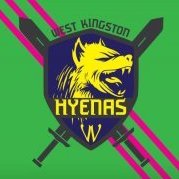 Darwin would be proud.

I appreciate that this goes against everything we stand for in this sport, but I have to say that the best team won, and the performance of the match officials had no bearing on the outcome whatsoever

This. He’s sure to get a great welcome from just about all Hull fans I would hope. Then the game will kick off and he’ll probably receive more flack than most opposition players can expect simply