By marklaspalmas,
May 3, 2022 in Featherstone Rovers

Not the result I wanted but some times you just has to take it on the chin and enjoy what is front of you. Today was one of those days for me. Your team really know how to turn on the style and p 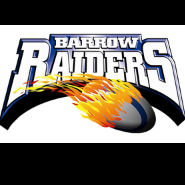 Well done today, at times showed what a great squad you have, in the 2nd half your quality really shone through.  Good luck in the final and for the rest of the season.

There are those amongst us who have been advocating for this to be used much more for ages now. Turning the ball over a metre or two from the line makes it bloody hard to get out....