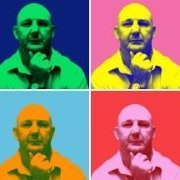 By The Partisan,
November 5, 2022 in The General Rugby League Forum

Big Mal getting in early......... https://www.seriousaboutrl.com/lightweight-english-rugby-league-balls-to-blame-for-nathan-clearys-poor-goal-kicking-says-mal-meninga-61767/

If the Kiwis play the way they have played in the tournament so far it won't be much of a challenge at all.

That game last night may work in the Kiwis favour; a tough, 80min, high pressurised battle. The Aussies however, other than for 10mins against Fiji in Round 1, have not been pressurised. There are mis