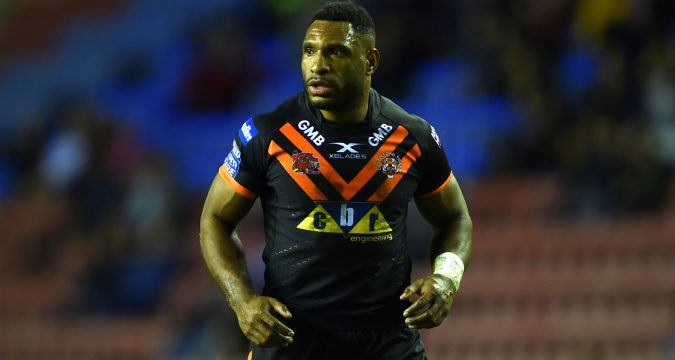 Castleford winger Garry Lo is currently helping the police with an enquiry, the club has claimed.

In a short statement, the Tigers confirmed the Papua New Guinea star was “voluntarily assisting” the police with an enquiry.

As a result, he has been stood down for selection ahead of the club’s game with Wakefield on Friday.

In a statement, Castleford said: “This is not an admission of wrongdoing but simply to ensure that Garry is able to fully co-operate with the enquiry and to ensure the best interests of everyone, including Garry, are maintained.”

Lo made his debut for the club last week, scoring in their defeat to Wigan.

He had joined the club from Sheffield Eagles, where he has spent the majority of the season.

Revered in his native PNG, Lo enjoyed a superb World Cup competition ahead of his move to the Tigers.