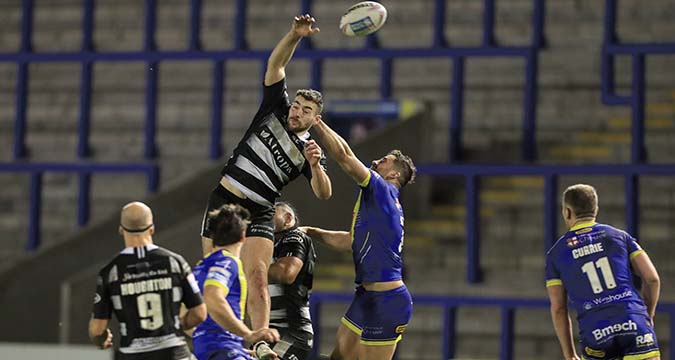 So, what chance a Hull versus Catalans Grand Final?

A month ago, you would have said none whatsoever.

The play-offs were going to be between four rather than six sides, and Hull had so little chance of making them that they were named as hosts for the big match on Friday week.

Meanwhile, Catalans were particularly badly hit by the pandemic and were struggling to play enough games to qualify.

But in sport, especially in Rugby League and especially this year, things can change fast.

A rethink of the play-offs rules and format handed both Hull and Catalans a chance – and boy, have they taken it!

We’ve already had two fascinating knockout play-off ties, with Warrington and Leeds biting the dust, and now we have two more, Wigan against Hull on Thursday and St Helens facing Catalans on Friday.

On paper, it should be a repeat of the 2014 showdown, with Wigan seeking revenge for that 14-6 defeat by Saints after Ben Flower was sent off just two minutes in for punching Lance Hohaia.

But in Hull and Catalans, we’re talking two of the game’s great unpredictables.

Against Warrington last Thursday, my old club produced their best all-round performance since the first match of the season, when Lee Radford was in charge and Leeds were beaten 30-4 at Headingley.

Radders, of course, was axed following that miserable 38-4 loss at home to Warrington in March, and under Andy Last, Hull have continued to blow hot and cold.

However, they have found some form at a great time, with the 27-14 win over Warrington their fourth victory in a row and fifth in six matches.
We know Hull have a powerful pack of forwards, and they did their job to great effect.

I’ve always said Marc Sneyd’s game was more about kicking than creativity, but fair play to him, because he put in a fine performance, and got great support from his halfback partner Carlos Tuimavave.

Andy Last got it right by picking Carlos there and playing Jake Connor at fullback, and I like the way Josh Griffin in the centres goes about his work so relentlessly.

Now Hull are only 80 minutes away from the Grand Final, and while they have a huge task in front of them, they have built up some self-belief, confidence and momentum and we know they have what it takes to win.

I’m looking forward to watching those two packs getting ripped into each other, and one thing is for sure, Wigan can’t afford to play like they did in their Challenge Cup semi-final against Leeds. On that day, they lacked any real purpose, and that has to change if they are to deny Hull only a second Grand Final appearance and a first since 2006.

Saints are seeking a twelfth appearance and will be determined to retain the Super League title, but they will be wary of Catalans.

Kristian Woolf’s side have shown plenty of flashes of brilliance this year, but haven’t been as consistently good as they were under Justin Holbrook, although to be fair, he didn’t have to deal with all the disruption that the coronavirus has caused.

Catalans’ 26-16 win over Leeds was built on a powerful first-half performance, and the Rhinos didn’t really know how to react.

The French side have a really solid squad, and with players like Sam Tomkins and James Maloney, a decent helping of quality.

But, like Hull, they have a history of inconsistency, and we will need to see the Catalans who beat Warrington in the 2018 Challenge Cup final if Saints are to be sent packing.

And Steve McNamara could well have to cope without Michael McIlorum and Joel Tomkins who should both be suspended after those incidents involving Brad Dwyer and Richie Myler respectively.

For me, there was obvious illegal contact in both cases, and while Steve played down both incidents, I don’t think the disciplinary committee will share his view. 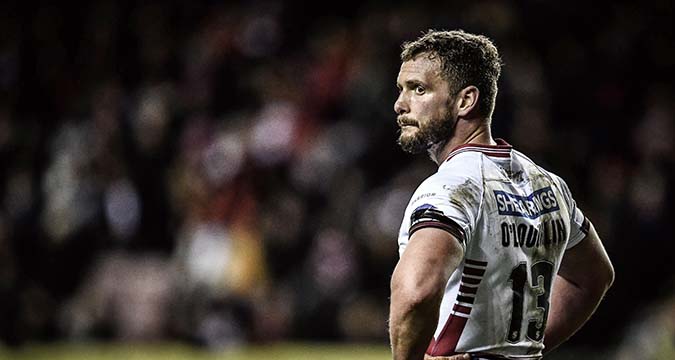 I could have said this already, but thought it deserved a special section if its own in this week’s column.

They call Wigan the Warriors, and no player has lived up that name more than Sean O’Loughlin.

Now a trophy-laden career is coming to an end, and both he and his team will be doing everything possible to ensure it ends with a Grand Final triumph.

Sean has already enjoyed four of those, of course, but like all great sportsmen, he is always chasing another team success and doing everything possible to help achieve it.

His outings this season have been limited, but after 19 years of playing such a demanding sport, that’s no surprise,

And make no mistake, his influence around the club will be huge, and surely Wigan will want to keep him involved.

What I particularly like about Sean is the way he has bucked the trend of loose forwards becoming a third front rower.

He has always played the position the way it should be played, combining crunching tackles with creativity, co-ordinating the pack and supporting the scrum-half.

Throw in his international record, and it’s certainly fair to call him a legend.

If the rumours are to be believed, Huddersfield have taken a giant step towards a more successful future by bringing in Ian Watson as head coach.

If they can revamp their recruitment policy, which in the view of me and many others, has been below par for too long, things will be looking good.

I should think that Watto wants to have a big say in recruitment at any club he coaches, and I wonder whether it was a factor in him not taking the Hull job.

The other issue there is that Andy Last, who if he doesn’t get the head coach gig on a permanent basis, might well have been told he will remain on the staff.

That becomes a problem, because what coach would be comfortable with having an assistant who clearly wants the top job?

Back to Huddersfield, and I was as surprised as anyone when the suggestion emerged that was where Watto was heading after the announcement that he has left Salford.

But he’s an ambitious as well as accomplished coach; he will have seen what’s on offer at the John Smith’s Stadium, and he will believe he can make the Giants genuine challengers.

He’ll have the backing of a great owner in Ken Davy, and a great selection of talented youngsters to call on, and I wish him good luck.
What now for Salford?

They also have a good man behind the scenes in Ian Blease, and what he and Watto achieved together is brilliant.

Ian will have known Watto wouldn’t be around forever, and will no doubt have plans in place for what to do when he left.

It’s going to be a big ask for whoever follows a coach who created a really successful culture, and at this stage of their development, Salford remain a club that will lose its most talented players.

Luke Robinson might well be frozen out at Huddersfield should Watto come in and bring his own men with him, and perhaps he could be the man to lead Salford forward.

And finally, to Brisbane on Wednesday.

We enjoyed another New South Wales-Queensland cracker in Sydney, when the sheer quality Brad Fittler was able to call on came to the fore to ensure the Blues squared the series.

Now we have a mouth-watering decider to look forward to.

But please – let’s leave Origin where it belongs.

I’m tired of people calling for an English version. Despite what a few players say, not enough want it.