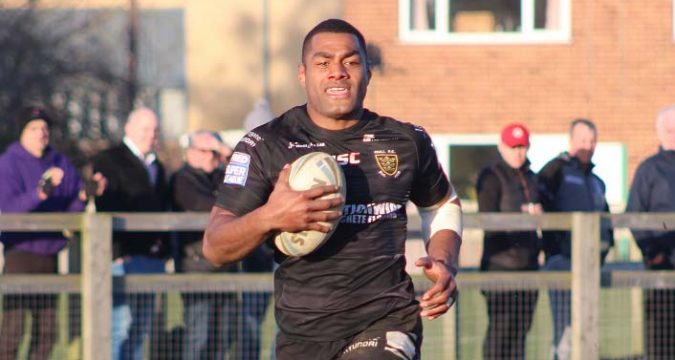 Hull FC have signed British Army trialist Ratu Naulago on a one-year deal after a successful trial with the club.

The Fijian-born star was given a temporary release from active service to pursue his opportunity in professional Rugby League.

Naulago has been on the books of Saracens, Bath and Harlequins in rugby union before making the switch to League with Hull FC.

“It’s a massive achievement for me to sign for a professional club and I’m really happy to be here at Hull FC,” said Naulago.

“I have been here for a few months now and everybody has been so welcoming to me. I think that has helped me settle down and play some good rugby.

“I’m really looking forward to the next few months ahead and seeing if I can have a shot at playing for the first team.”