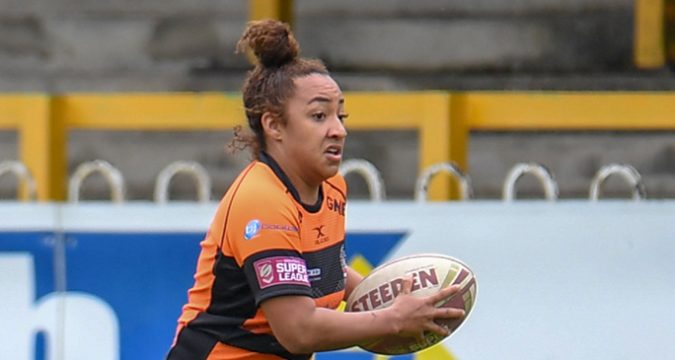 England’s Kelsey Gentles became one of the most viewed women athletes in the world last year after her extraordinary cover tackle in the World Nines.

Gentles, who represents Castleford, raced the length of the field to bring down Tiana Penitani.

The clip has been viewed a staggering 34.5 million times worldwide, which makes it the most-viewed Facebook clip posted by a UK sport’s national governing body throughout 2020 and is believed to be the most-viewed clip of a female athlete in 2020 – excluding those in World Wrestling Entertainment.

“It’s crazy to think that the tackle has been seen so many times by so many people across the world,” Gentles said.

“At the time I was just trying to make the tackle for my team and country, but to find out it has been so popular afterwards is a nice surprise.

“It is brilliant that Women’s Rugby League is gaining this level of traction online and it really emphasises how much the sport has grown over the last few years and the potential it has to continue even further.

“Hopefully many of the people that viewed the clip will have enjoyed it enough to come and experience the sport in person, particularly with the Rugby League World Cup taking place at the end of this year.”