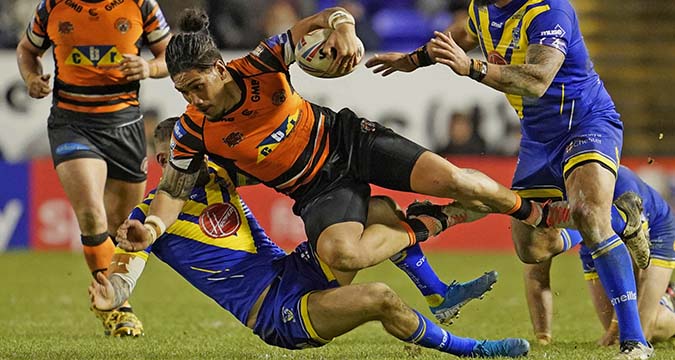 League Express readers, via the paper’s Readers’ poll, selected Castleford Tigers’ home match with Warrington Wolves as the game they are most looking forward to watching when Super League kicks off at the end of March.

The Tigers take on the Wolves on Sunday, 28 March at Headingley at 14:45 as the final game of the round and almost 26% picked that game out as the best.

Closely following on from that game in the results was Leigh Centurions’ return to Super League and their derby match against Wigan Warriors that gained 25% of the vote.

Both St Helens’ game with Salford and Huddersfield’s trip to Hull FC got 15% of the vote while Wakefield v Leeds (12%) and Catalans v Hull KR (7%) lagged behind.

If you would like to vote in the current readers’ poll, which asks readers to pick their standout game from round two, click here to head to the TotalRL homepage/