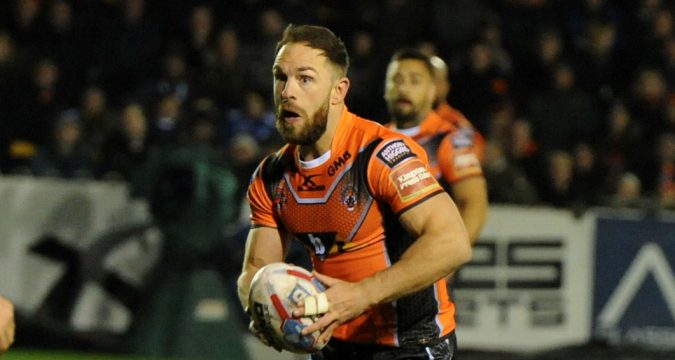 The Rugby League Writers and Broadcasters Association has named Castleford half-back Luke Gale as its player of the year for 2017.

Gale, who is currently in a fitness race to be declared available for the Tigers’ play-off semi-final with St Helens on Thursday night, beat off competition from Wigan and England captain Sean O’Loughlin and his Tigers team-mates Greg Eden, Paul McShane, Zak Hardaker and Grant Millington to claim the Raymond Fletcher Memorial Trophy.

Gale, who is expected to be named in England’s World Cup squad on October 9, will be presented with the trophy and replica in the New Year.

The scrum-half underwent emergency appendix surgery a fortnight ago but is in contention to feature on Thursday night. It is the latest personal accolade for Gale, who was also recently declared the winner of the Albert Goldthorpe Medal for the third successive season – the first player to achieve that milestone.