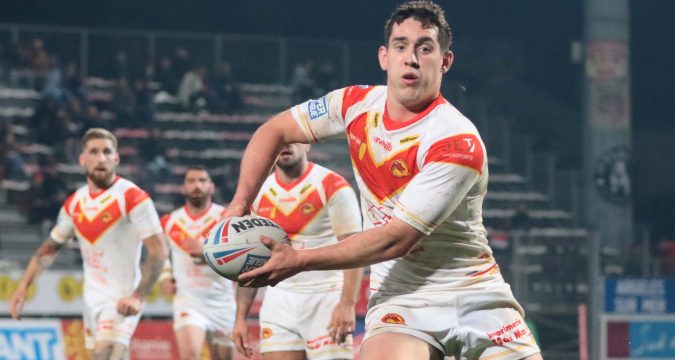 Catalans back-rower Matt Whitley will turn down UK interest to re-sign with the Dragons.
League Express can reveal the former Widnes star is set to sign a new two-year deal with the French club, turning down some of Super League’s biggest clubs in the process.
The St Helens born forward was in the final year of his contract having moved to Perpignan ahead of the 2019 season.
He joined the Dragons after suffering relegation with the Vikings, where he was nominated for Super League’s young player of the year award in 2016.
While in France, Whitley’s progress has continued, scoring 10 tries in 31 games so far.
There was a strong belief that Whitley would return to England but he has ultimately decided to remain overseas.
A consistent performer, his retention comes as a boost to Dragons coach Steve McNamara, who looks set to add Mike McMeeken to his squad next season.