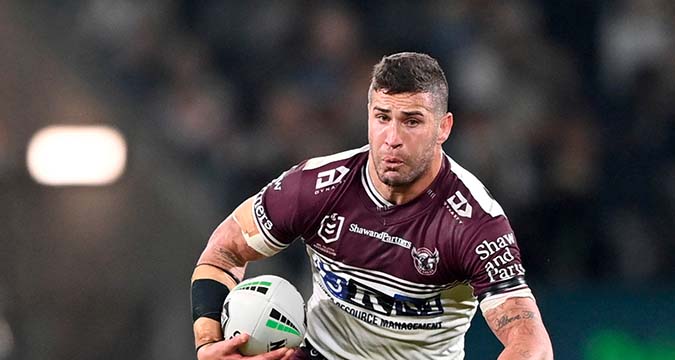 League Express can reveal the Super League Champions have reached an agreement to sign the Manly Sea Eagles forward ahead of the 2021 season and he will put pen to paper on a multi-year deal.

Thompson, 31, is one of the NRL’s most popular players and has been a regular performer for the past decade, making 225 appearances during spells with St George Illawarra, Canberra Raiders and the Sea Eagles.

Since joining Manly in 2018 he has missed just four games and has played every minute of the current season, playing most recently in their victory over Brisbane on Thursday.

Thompson was heavily linked with a move to Hull FC last season, but had a late change of heart that saw him sign a new one-year deal down under.

However, he will finally make the move to Super League next season in a deal that marks Kristian Woolf’s first move into the market since being appointed as head coach last year.

His capture comes as a big boost to Saints, with Thompson regarded as a quality performer in Australia who is still at the top of his game.

He will almost certainly be joined at the Totally Wicked Stadium by a prop to replace Luke Thompson, who has left the club immediately after Canterbury paid Saints an undisclosed fee.