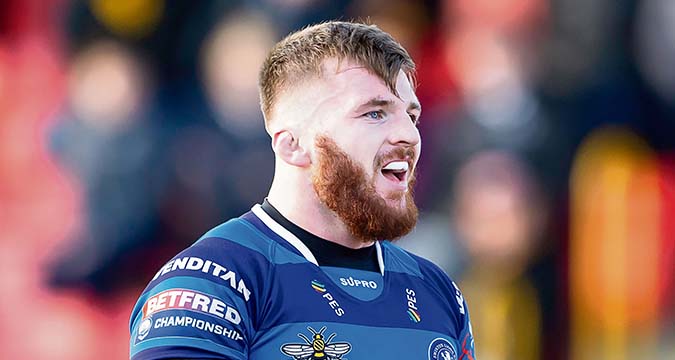 Swinton have accused social media posts of being ‘deliberately designed and calculated to undermine’ the club.

The Lions addressed fans on Monday after being contacted by concerned supporters over the weekend.

Although the Lions didn’t directly accuse Rochdale’s comments, the Lions expressed their disappointment at losing the two players.

Mazey controversially left the club last year after fans revolted when plans surfaced to rebrand the club as Manchester Lions.

A club statement read: “Firstly, it’s been disappointing to read some of the comments on social media over the past few days, much of which seems deliberately designed and calculated to undermine our club. We will be closely monitoring the situation and where appropriate we will take matters up with the Rugby Football League.

“The current Board of Directors is totally focussed on the successful future of Swinton Lions, and has already invested significantly in the club in terms of money, time and developing infrastructure and strategy.

“We have recently took full control of the company and appointed an experienced Director of Development, who in a short space of time has already set about launching a number of exciting projects, including a women’s team, a number of community club partnerships, and an educational program (and there’s more to come).”

They continued: “Inevitably, as has happened since the game was invented, players choose to move between clubs. With regard to the outgoing players as highlighted over the weekend all we can do is thank them sincerely for their efforts in a Swinton shirt, and wish them well in their future careers.

“This came down to personal choices, and not because Swinton Lions were not in a position to retain them. In fact nothing could be further from the truth.

“The Board is fully committed to backing Stuart Littler and his coaching team who are doing a magnificent job. Not only will we be looking to replace the outgoing players, but to strengthen the squad overall.”