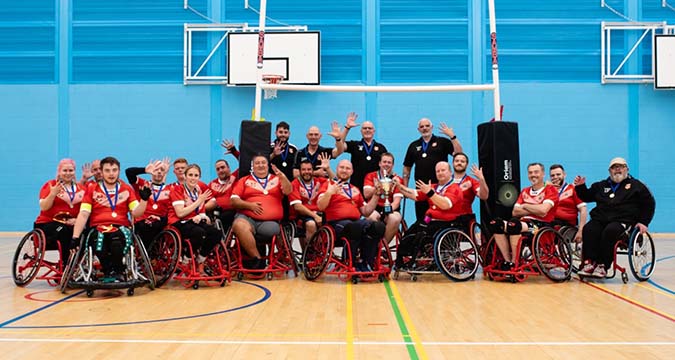 Wales Rugby League have named their squads for this weekend’s international matches against England, with the women’s match taking place at the Halliwell Jones Stadium in Warrington on Friday (6pm) and the wheelchair encounter on Saturday at the English Institute of Sport in Sheffield (12.30pm).

The women’s match is being shown live on Sky Sports Main Event, Sky Sports Arena and Sky Sports Mix, whilst the wheelchair international is live on the BBC iPlayer.

Wales Women are taking part in their first ever test match. In 2019, they played their first two internationals – a defeat to Great Britain teachers before beating England Lions, a side selected from players outside of Super League, in St Helens.

But this time, Wales will be facing the full England side and there are a number of changes from the 2019 line-up with ten potential new caps.

Women’s head coach Thomas Brindle said: “This team is just at the start of our journey. We’ve come along so well in the last three months.

“The effort from all the players has been outstanding, as we are looking forward to being part of this historic test match and see the progress we’ve made so far. The game will be a important milestone for women’s Rugby League in Wales, as it will inspire the next generation.”

The Wales Wheelchair side have cut four players from their 15-player squad who emphatically won the Celtic Cup earlier this month.

Wales, who are ranked third in the world, beat Ireland 96-16 and Scotland 102-18 in Edinburgh to take the annual trophy for the fifth successive time, but they know that England, second in the world and an opponent they’ve never beaten, will be a lot tougher.

Influential skipper Stuart Williams misses the England match for personal reasons whilst Jamie Reynolds, Jason Reynolds and Mason Baker, all of whom made their debut in Edinburgh two weekends ago, also miss out.

Wheelchair head coach Stephen Jones said: “This is going to be a tough game for us, but following on the back of a hugely successful Celtic Cup campaign, I feel we will give a strong England team a good game – there is great potential for us to record our first win over England. More importantly it will give the players involved a chance to show why they should be in the final World Cup squad.”