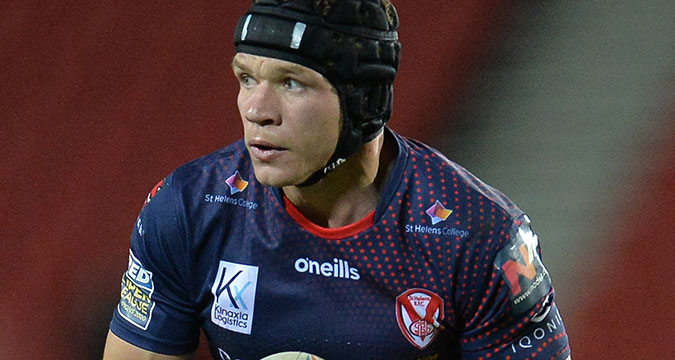 Jonny Lomax is closing in on a quarter of a century with St Helens after signing a new two-year contract extension with the Super League champions.

The 2019 Albert Goldthorpe Medal winner has bcome the latest big name to commit to the club and will now remain at the Totally Wicked Stadium until the end of 2024. Alex Walmsley signed a similar contract extension last week.

Lomax joined the Saints Academy as a young boy and made his first team debut in 2009. Despite a couple of injury hit season the 30-year-old half back has gone on to make 242 appearances for the club, scoring 11 tries, has played in four Grand Finals, winning two of them as well as being named in two Super League Dream Teams. He was the competition’s top assister last season as he led Saints to back to back Grand Final successes.

“I am delighted.” Lomax said of the new deal.

“I have been a the club for a long time now and to sign that two year extension to my existing deal is great.

“I have had my ups and downs whilst I have been here, but now it is about me giving back as much as I can. I want to show the loyalty the club has shown me as well as the support the fans have given me over the years.

“It’s a dream come true to be at the club for so long. I signed for the Scholarship back when I was 11 years old and this contract will take me up to nearly 25 years affiliation with the club.

“That is something I would have never have dreamed of especially after the back to back ACL injuries, which was my third overall. So to now get to where I am today and potentially finish my career here is fantastic.”