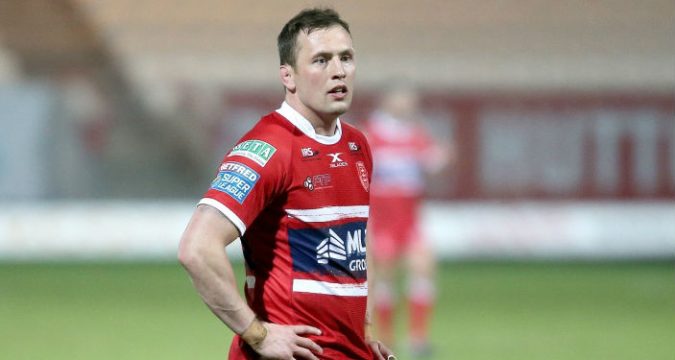 Barrow Raiders – They looked well placed to push for an immediate Championship return this year, and since then have added former Super League trio Ben Harrison, Shaun Lunt (pictured) and Adam Walne. New deals for promotion specialists Jamie Dallimore and Carl Forster and an innovative, pro-active off-field approach all bode well for the Raiders’ future.

Coventry Bears – The capture of seasoned Scotland international Dave Scott as a player-coach is arguably the most high profile in the club’s history. The Bears have also retained 14 members of this year’s squad already, including talented centre duo Kadeem Williams and Liam Welham. The progressive yet sensible approach of the club off the field remains a major plus.

Doncaster – The Dons might have been behind some of their peers in announcing new deals for 2021, but the fact they had seven key men – including Matty Beharrell, Watson Boas, Jason Tali and Sam Smeaton – already contracted, meant they didn’t have to panic. As such they should again be among the front-runners for promotion with shrewd chief executive Carl Hall still at the helm.

Hunslet – The South Leeds club had assembled one of the most impressive squads for 2020 so their move to retain the majority of that looks a good one. Championship title winning halfback pairing Simon Brown and Dom Brambani are among them, and their vastly experienced coach Gary Thornton made no secret that promotion is the goal when penning his own new deal.

Keighley Cougars – The signings of Scott Murrell and Quentin Laulu-Togagae are major signals of intent for a club keen to restore the glory days to Cougar Park. Ambitious but experienced owners and a highly-rated young coach in Rhys Lovegrove looks a combination with potential, and Jake Webster is another big name star still on board for 2021.

London Skolars – The capital club have yet to make a 2021 signing announcement, although it’s not as if this year’s squad have been signing elsewhere en masse. Jermaine Coleman is a well thought of young coach with a passion for building the club in the local area and retaining the likes of Neil Thorman, Mike Bishay, Kameron Pearce-Paul and Iliess Macani would be a solid start.

Newcastle Thunder – Their clear Super League ambitions remain, to the extent that they were linked with the licence at Toronto if they had folded. In Simon Finnigan and Denis Betts they have two knowledgeable operators at the helm, and the club’s development work should be the envy of some Super League clubs, never mind their peers, which bodes well for the long-term future.

North Wales Crusaders – The club started announcing re-signings for next year in early August, and there have been a steady stream of names since, indicating coach Anthony Murray has a clear idea of his plans. Brad Billsborough’s capture for this year was an exciting one, so his decision to stay is significant, and Ben Morris is a quality addition at centre.

Ottawa Aces – Virtually every one of the Aces’ 15 signings at the time of writing has significant experience at a higher level, and they join under a coach in Laurent Frayssinous who has spent his entire career in the top flight. Questions about their 2021 viability might have been raised elsewhere, but the club itself has been a beacon of positivity throughout.

Rochdale Hornets – The club has undergone a complete transformation off the field under new owners, who now have their sights set on making strides on it. Coach Matt Calland has been backed with an early recruitment drive that included the eye-catching signings of Swinton’s Gavin Bennion and Rob Fairclough, Joe Taira is a popular returnee and there are a host of local lads in the squad.

West Wales Raiders – Like London Skolars and Newcastle, the Raiders have yet to make a 2021 signing, but they are imminent this week and all the noises out of the Welsh club in the close season have been positive. Coach Aaron Wood has been retained to continue the job he started, and most promisingly, the club’s commitment to junior development has been reinforced.

Workington Town – The club has lost more players than it’s gained for 2021 so far, but this was always going to be a long-term project under coach Chris Thorman when they handed him a three-year deal and that won’t change. Thorman’s vision is to strengthen community links on and off the field and that will serve the club well.