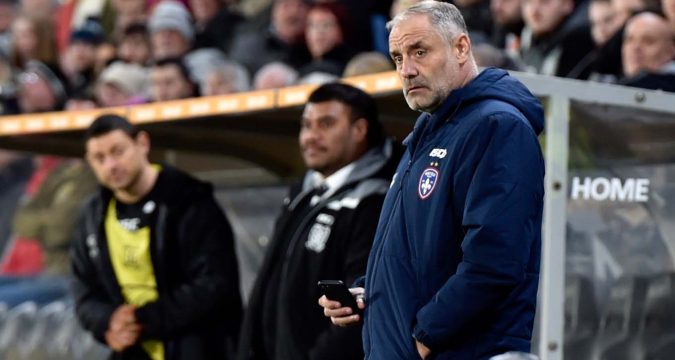 The qualified accountant, who has won praise for the way he has stabilised Trinity off the field while there has been improvement on it, says he wants more details.

Carter says RFL chief executive Ralph Rimmer has done a “fantastic job” in attracting the cash boost, but is wary of creating problems for his club “further down the road”.

“Clearly it is a loan and Ralph has said quite categorically that it cannot be used in any way, shape or form to reinstate salaries which are currently being adjusted,” said Carter.

“We’ve yet to see what the repayment terms are or what any interest rate on the loan is, so we’re waiting for that.”

In an interview with the Wakefield Express, Carter continued: “From our club’s point of view, clearly, like any loan, it has to be repaid.

“Therefore, if we can’t resolve the entire issue surrounding the game, there’s no point in me taking this loan to kick problems further down the road.

“That would mask over what is ultimately a shortfall in income that we will probably never be able to recover.

“We missed a game against Wigan on March 27. We’d have probably looked at £75,000 for that, but that income is never coming back to us.

“We have to see that there is a solution which is viable in the next eight months, two years, three years that gets the game through in its entirety.

“If it (the loan) was repayable over five years and the interest rate was one per cent – this is purely hypothetical – clubs could take it now, then have five years to sort out our business while we’re paying this money back.”