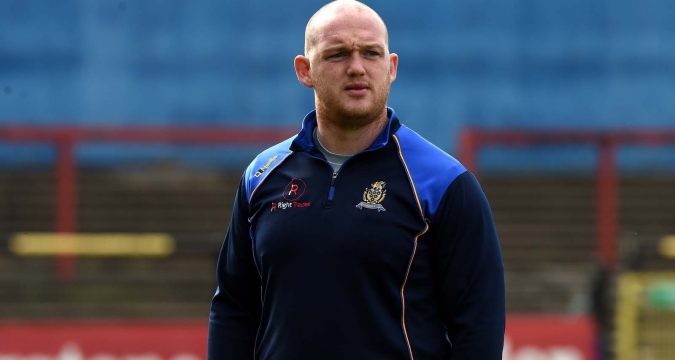 Whitehaven have appointed Gary Charlton as the club’s new coach for the 2019 season, following the recent departure of Carl Forster, who will coach Rochdale Hornets in 2019.
Charlton returns to coaching after having coached Workington Town from 2009 until 2014 and Egremont Rangers in the NCL. He most recently coached Maryport in the Cumbria Men’s League, but after a short break in which he has often being part of commentary teams covering Haven games, he’s he’s keen to take charge of his hometown club.
Haven Chairman Tom Todd said he was delighted Charlton had come on board and he was looking forward to working with him.
“For me he was the stand-out candidate,” said Todd.
“He will bring a no-nonsense approach to the club, which is good.
“And obviously his pedigree is Rugby League is excellent. He did a good job at Workington Town and he is well known and respected in the amateur game.
“We hope that he can help us build bridges with the amateur clubs.
“His dad was one of the finest Cumbrians ever to pull on a rugby jersey. Paul Charlton was rugby royalty, so Gary has been brought up with the game.
“We are all looking forward to him coming down and putting his imprint on the club.
“And the fact that he knows times are hard but he is still willing to take the job on, knowing that we are not flush with money, says a lot about the man.”
Charlton will be joined Jonty Gorley as his assistant coach. Gorley is an experienced coach, having coached Barla GB Under 21s and former assistant until earlier this year at Workington Town as well as being part of the Cumbria Academy. Club legend Scott McAvoy will also continue in his assistant coaching role.