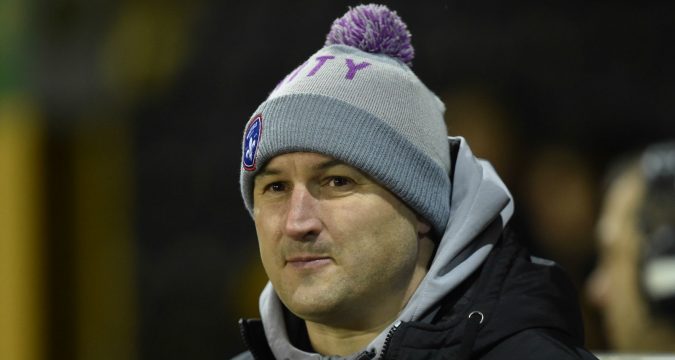 Wakefield coach Chris Chester says both he and his players are looking forward to stepping up preparations for the new season with a home pre-season game against Dewsbury Rams on Sunday.

Chester and his new right-hand men Willie Poching and Andy Last watched with interest as they staged an internal practice match on Saturday.

“I was pleased with the way things went,” said Chester, who has brought in Samoa international Mason Lino from Newcastle Knights to partner Jacob Miller in the halves.

“It was a good, lively hit-out, and we were able to identify a few areas which are as we want them, and a few more where work is needed.

“That will carry on this week and the game against Dewsbury will be another chance to see how things are progressing.”

It will be a second run-out for the Championship Rams, who edged a 22-20 win at neighbours Batley on Saturday.
Wakefield open their campaign on Saturday, March 27 against Leeds, their traditional Boxing Day challenge match opponents.

“That one didn’t go ahead this time for obvious reasons, so we’ve restructured pre-season, and to be fair it seems to have gone on a while,” added Chester.

“We’re looking forward to facing Dewsbury, and happy that it’s our only warm-up match, because I think in previous years, we’ve perhaps played too many.

“It will give me a good chance to formulate plans for that first game against Leeds, and the competition for a place in that first 17 has been good.”

Miller will retain the captaincy for 2021, and Chester hopes to get to the starting gate without any significant injury concerns.

“We’ve had a few niggly problems, but that’s part and parcel of professional sport, and hopefully we’ll have plenty of options come the Leeds match,” he said.

Wakefield will stream the Dewsbury game, which has a 1.30 kick-off, live on Trinity TV.