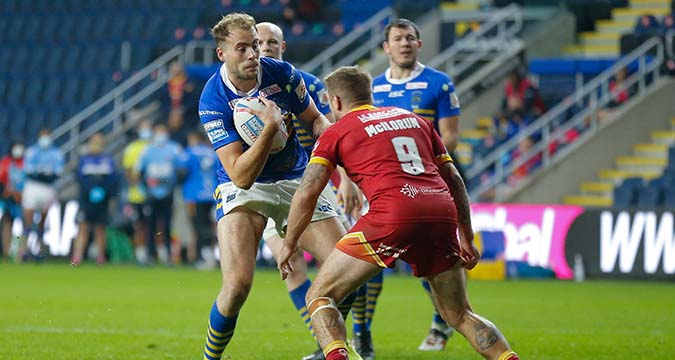 Castleford have had their attempts to sign James Harrison knocked back.

The prop is a target for the Tigers after impressing in both the Championship and Super League during a loan spell with Leeds Rhinos.

Harrison, the son of former Great Britain forward Karl, enjoyed a superb 2019 campaign for Featherstone, transitioning from back-row to front-row.

The 24-year-old signed a new contract with Rovers last year and is contracted until 2021.

That hasn’t stopped Castleford trying to sign Harrison, but Featherstone general manager Davide Longo says they will command if the Tigers wish to continue their pursuit of the forward.

“We see James as one of Featherstone’s most important players and a key part of our squad next season,” Longo said.

“We are aware of the interest in James but we are an ambitious club that wants to keep its best players.

“We have no interest in selling James unless they are willing to pay silly money and then we would have to reconsider.

“But we’ve made our stance crystal clear to his agent and James will be a part of our squad next season.”

Daryl Powell said last month that he was looking to recruit someone who could play prop and second-row, as well as another creative player.

Gareth O’Brien will occupy the second of those roles, but his search for a versatile forward may now see him assess new targets.

Mike McMeeken and Matt Cook have both departed for Catalans and Widnes respectively, with no new pack players currently signed up.