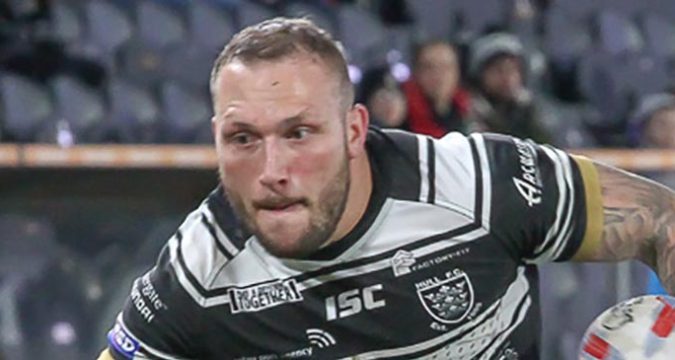 Hull FC star Josh Griffin has done his part to bring the next generation of the city’s talent through during lockdown by providing one-on-one training sessions.

Griffin, who was introduced to the international setup by Shaun Wane earlier this year, spent the month of June giving young players the opportunity of a lifetime with one-hour sessions to develop their talents during lockdown.

The idea started on Twitter, with Griffin advertising that he was available to coach young talent in the area.

Soon he was inundated with offers and spent the majority of the month helping young players in the Hull area develop their skills.

“It was just an idea when the lockdown measures got lifted a little bit,” he said.

“It meant I could get out of the way of the missus and it gave me something to do.

“It was something I just thought about one morning. I put it out there and it took off more than I expected. I was inundated with emails pretty quickly and I started doing sessions locally.

“It was really good; part of my motivation was to try and keep young players active and interested in the sport while things are quiet. I got a lot of emails from parents saying they’d been smiling all day and were really energised by it, so I’m glad I did it.

“I hope it helped give them that hunger to carry on training, because even as a pro I’ve lost that motivation during lockdown, but hopefully I can act as a bit of a role model and doing an hour with them will help them along.”

Despite enjoying the experience, Griffin is not in a rush to get into coaching, however.

“There’s too much pressure on the coaching side.

“I’m coaching a bit at university; I’m studying for a strength and conditioning role. In terms of the health and fitness industry, I’m very much interested in that.

“I enjoy the conditioning things more. There’s still pressure that comes with it, but it’s something I’d like to pursue later in life.”