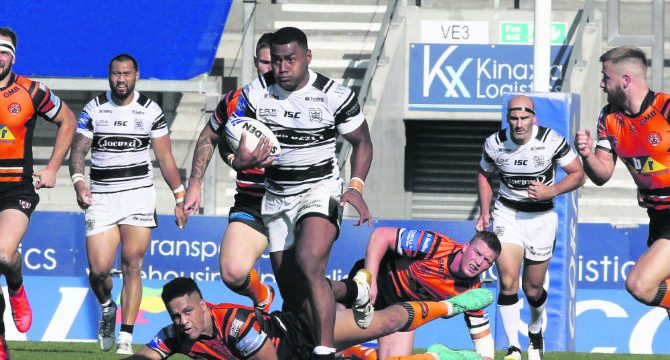 Hull FC produced one of their best performances of the season as they hammered Castleford 48-6.

An utterly dominant display saw the Black and Whites out-class the Tigers, dominating down the middle and cutting them open down the edges.

But for Hull’s brilliance, there was Cas’ woefulness. The Tigers have now lost eight of their last ten Super League games but this was by far their worst performance in that run as they looked weak defensively and aimless with the ball.

The complete opposite could be said of Andy Last’s side, who were aggressive, strong and clinical.

They stormed into a 24-0 half-time lead as Ratu Naulago, the in-form Andre Savelio, Jake Connor and Bureta Faraimo all scored.

Castleford, who welcomed back Jake Trueman and Danny Richardson, were woeful as they conceded four further second-half tries. A trademark Naulago breakaway added to their woe before Danny Houghton scored.

Jacques O’Neill grabbed a late consolation but it would be Hull who had the last laugh as Carlos Tuimavave and Manu Ma’u scored.