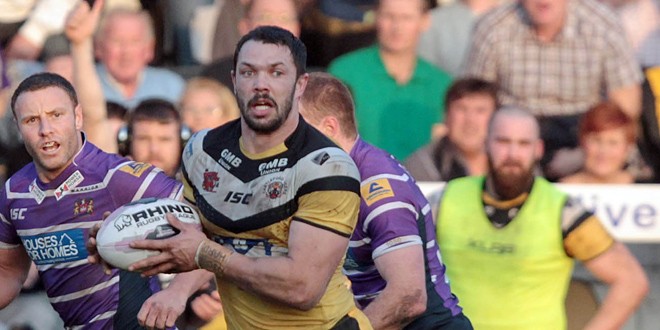 The RFL is working with the National Rugby League in Australia on a review of the interchange rules aimed at making the sport safer and more exciting to play and watch.

The review will consider the number of interchanges and the composition of the bench and will utilise statistical data gathered in both Super League and the NRL over the last decade.

It will be conducted by committee of experts including health specialists and academics, including Dr Kevin Norton, a Professor of Exercise Science in the School of Health Sciences at the University of South Australia who has conducted extensive research on injury development and fitness conditioning in a number of sports.

RFL Chief Operating Officer Ralph Rimmer said: “Rugby League is a sport that has continually evolved throughout its 120-year history, both on and off the pitch, and its rules have always reflected the way in which the game is played.

“Modern Rugby League players are outstanding physical athletes who are stronger, fitter and faster than ever before. Consequently, we believe that collisions are more powerful, which impacts on the health and welfare of our players.

“Both the RFL and the NRL recognise our responsibilities to not just deliver a fantastic, free-flowing spectacle but to protect the wellbeing of our players in an era when the use of the interchange bench means matches are more structured than ever before.

“We recognise that changes to the interchange rules could reduce the risk of injury by putting more emphasis on skill rather than power and size, and that may become more clear from the findings of the joint review.”

The review will take place over the next two months during which time there will be consultation with coaches, club representatives, players’ associations, fans and the two governing bodies.

The intention is for any final recommendations to be adopted in time for the start of the 2016 season.