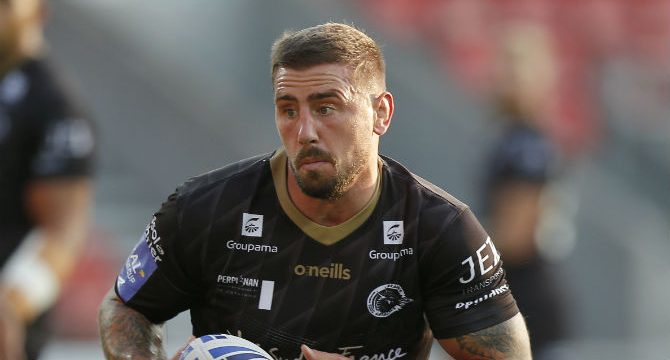 Tomkins and McIlorum have been banned for eight and six games respectively after controversial incidents in Catalans’ victory over Leeds.

Tomkins was found guilty of other contrary behaviour following an incident which appeared to see the back-rower put two fingers up Richie Myler’s backside. It earned him a Grade F charge and eight-match ban.

The back-rower appealed the charge but was unsuccessful.

Meanwhile McIlorum had been handed a two-match ban for a high tackle on Brad Dwyer and a further four-matches for attempting to pick him up as he lay injured on the floor.

McIlorum had been charged with a Grade B offence for the tackle, which he appealed but was unsuccessful, which resulted in a two-match ban, and though he pleaded guilty to the Grade F charge the former Wigan man appealed the grading and it was reduced to Grade D, which commands a four-match ban.

The pair are now unavailable for the clash with St Helens and will miss a chunk of the 2021 season too.