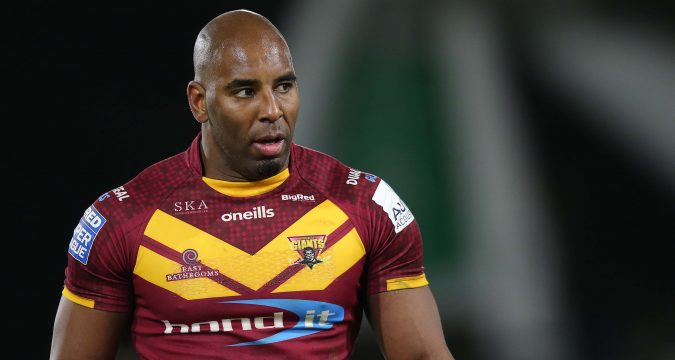 Huddersfield Giants have appointed long-serving backrower Michael Lawrence as club captain, while Australian halfback Aidan Sezer will retain the armband on the field.

England Knights and Jamaica international Lawrence, 30, has played in a string of positions in his 297 appearances, which go back to 2007.

The one-club man was Super League’s top tackler in 2020, and was granted a testimonial year in 2019. He was also included on the RFL’s inclusion Board in 2021.

Giants coach Ian Watson explained: “I thought it was important for the club to have a figurehead on the playing side.

“You want someone who epitomises what the club represents on and off the field. I’ve been greatly impressed by his attitude, he’s been included on the RFL’s new Inclusion Board.

“Huddersfield is a diverse place, and I believe that Michael’s values and attitude mirrors the values of the area, the owner and the club.

“I wanted to add someone who would be able to epitomise Huddersfield, and as someone who’s been here his entire career.

“I believe he can show all of us what’s important to the club and the people of the town. We will all learn from Michael.

“Aidan Sezer will continue as our captain on the field with Adam O’Brien, and both set high standard within the team.”

Lawrence said: “It’s an honour and a privilege. I’m really proud to be appointed, and being a hometown boy and playing for my hometown club really means a lot.

“I think I’ve got similar values to (club owner) Ken Davy and what he wants for the club.

“We’ve got a great bunch of leaders and senior players in this group.”