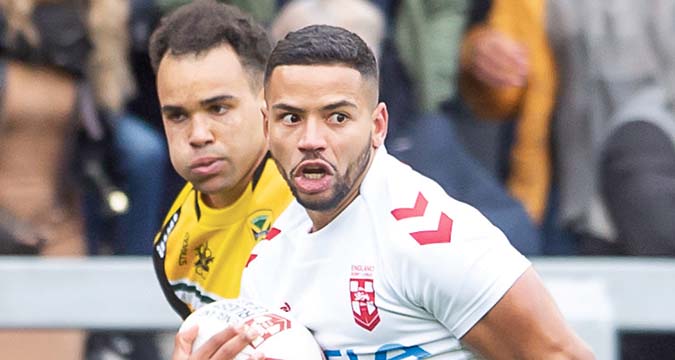 Time on the sidelines is every player’s worst nightmare.

But Kruise Leeming isn’t the sort to let that get him down.

Despite being at Leeds for almost seven months, the hooker has yet to take to the field as a result of a microfracture on his knee, an injury he is continuing to recover from today.

For many it would be unbearable and, in some ways, it’s been no different for the Swaziland-born star.

However, the England Knight is also the ultimate optimist. Even in bad times, there comes good. In this case, his injury has given him more time to reflect and understand the culture of his new club, which he is quickly coming to respect deeply.

“It’s been everything I expected and more,” he said.

“The way the club is run, the prestige of people, the players and the history, it’s been all I dreamed it would be.

“The number of champions that have worn the jersey; it’s hard to ask someone to have a champion mentality, but to learn from people who have been there and done everything, to listen to them and how they’ve done it, I think it holds more weight when you listen to them.

“As harsh or as fickle as that might come across, throughout the whole club that’s the vibe it gives off.

“Maybe at Huddersfield, we were a bit guilty of comparing our ways, but when you’re in a structure like Leeds you believe in everything you’re doing because it’s proven it works time and time again. You often follow blueprints in many walks of life, but you follow it and trust it with more confidence if you have proof that blueprint works, we’ve seen it work and therefore you have more faith.”

Leeming’s attitude rubs off on his training. Many have commented on his work ethic and willingness to improve on the field. He believes that his drive has been given a refresh since his move to Headingly.

“I try and train as hard as I can every time, but a change sometimes helps freshen things up.

“I haven’t started playing yet and experienced it first hand, but it’s freshened things up for me and brought that nervousness back. I’m nervous to train; I’m not part of the furniture and I have people in my position who are on at me and after my spot.

“I’m around people who don’t know me on game day and can’t know I’ll be fine. So I’ve got things to prove and I need that.”