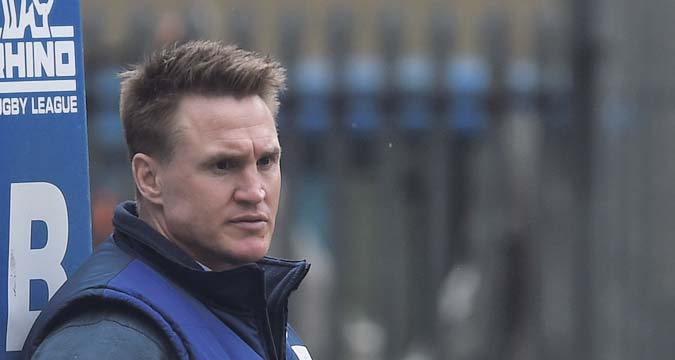 Coach Richard Marshall has called on his Salford side to reproduce their “never-say-die attitude” when they head to Super League leaders St Helens next Monday, May 17.

The Red Devils will go into the game on the back of successive defeats by Castleford, 28-18 at the AJ Bell Stadium in the league and 19-18 at Emerald Headingley in the quarter-finals of the Challenge Cup.

It took a golden-point field-goal to defeat last season’s beaten finalists on Saturday, and Marshall reckons there are plenty of positives to take as he looks for a second league win of the year following last month’s 34-8 victory over Leigh.

“All in all, we were good value,” said Marshall.

“We could and should have won the game.

“There were moments where we showed lots of character and toughness. We defended seven sets in a row and went up the other end and scored.

“The Salford never-say-die attitude was there in bucket loads.

But Kiwi back Krisnan Inu, who is the subject of a club investigation, didn’t play.

On social media, Inu wrote of his support of Jarryd Hayne after his former Parramatta team-mate was jailed in an Australian court for sexual assault.