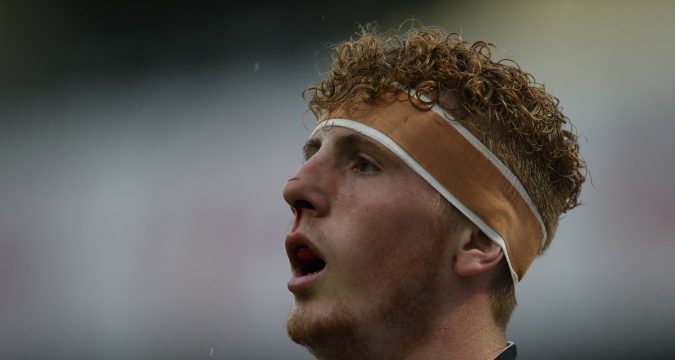 He was regarded as one of the most exciting talents outside of Super League for nigh on two seasons: and now Adam O’Brien is back in the big time, he’s determined not to let the opportunity slip through his fingers.

Yet since joining Huddersfield in the wake of Bradford Bulls’ demise and ultimate liquidation, things didn’t start quite as the young hooker would have hoped.

“At the start of the season I wasn’t playing much and obviously went out on loan to Halifax, and then picked up a dislocated shoulder which didn’t help,” he admits. “But I’m sweet now and I’m delighted to be in the team and performing every week. That’s all I want to do.”

And O’Brien has certainly made his mark thus far. In the three games since his debut for the Giants, Huddersfield have won two and run the league leaders Castleford desperately close. Walking away from Bradford will have undoubtedly been a tough decision for a player who spent his entire career at Odsal, but O’Brien admits it simply had to be done.

“A big thing for me after being at Bradford for seven years and enduring three administrations and then a liquidation was that it just came to the time I had to move for security reasons,” he said.

“I’ve got a mortgage now and I had to look after myself at the end of the day. It changed me as a person; I needed security and Huddersfield gave me a great opportunity. It wasn’t the greatest start but Halifax gave me a chance to get some minutes in me and now I’m in the first-team. I’m determined not to let my spot go.”

Huddersfield’s revival sees them move to within one win of the top eight ahead of Friday’s trip to Wakefield – and O’Brien is adamant the Giants can fight their way out of another potential battle in the Qualifiers.

He said: “It’s three out of three for them at the moment, they’re in decent form and it’ll be a tough test for us. We can see where we’re at; we need the two points to get us out of the bottom four.

“The three games I’ve played in, we’ve won two and come close to Cas so we’re building. We’ve got some players coming back from injury and we’re building slowly but surely.

“We’re a top eight team, we shouldn’t be in the bottom four at this club.”