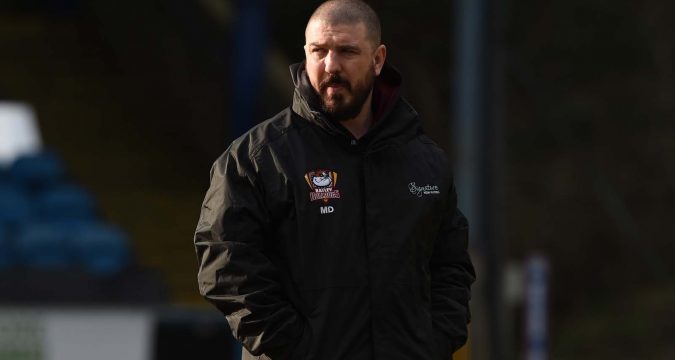 OLDHAM are on the lookout for a new coach after parting company with Matt Diskin.

The departure of the former Super League and Great Britain hooker comes with the Roughyeds in the Championship relegation zone after nine defeats in eleven league games this season and seven in succession, the most recent 18-4 at home to Dewsbury on Sunday.

While assistant coach Brendan Sheridan is in caretaker charge, the club say they are already seeking Diskin’s successor.

Diskin, 39, who played for Leeds and Bradford, where he had a stint as caretaker coach, was in charge at Batley between 2017 and 2019 and was appointed as Oldham coach in October 2019 in succession to long-serving Scott Naylor, who had just guided the club to promotion from League 1.

“This is never something I like doing and in this case I feel sorry for Matt, because the mistakes we are making are not down to coaching,” said chairman Chris Hamilton.

“They are costing us games, however, and we need to do something to get us into the dog-fight to stay in the Championship.

“I’ve enjoyed working with him too, which makes this decision all the harder, but I have had to do what I think gives the club the best chance of moving forward.”

Oldham are without a game this weekend after confirmation of the cancellation of their match at Toulouse, which had been due to take place on Saturday.

Given the impact on jobs outside Rugby League of current isolation requirements for those returning from France, part-time clubs are currently not required to play in the country.
Oldham are next in action at home to Bradford on Sunday week, July 11.