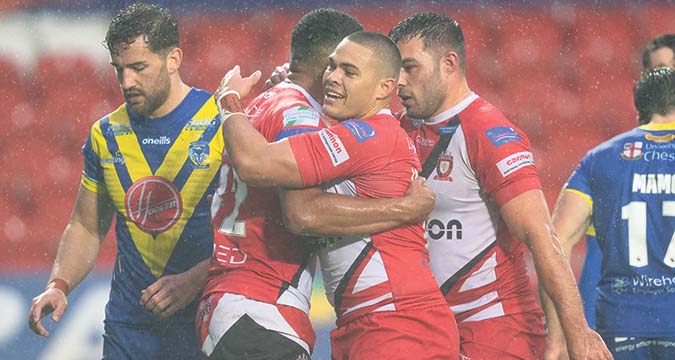 A petition has been set up to get fans inside Wembley for the Challenge Cup Final.

For the first time since 1969, Salford Red Devils are on their way to the iconic ground after a stunning semi-final victory over Warrington.

But, while the occasion is a once in a lifetime moment for many Salford supporters, they will be unable to attend the final due to the current government rules forbidding supporters at grounds.

But many fans believe that Wembley, a 90,000 capacity stadium, would be able to accommodate season-ticket holders of both the Reds and Leeds and comfortably enforce social distancing.

Salford coach Ian Watson remains hopeful that crowds will be allowed in, despite the RFL announcing last month that the game will be played behind closed doors.

“Getting to Wembley is absolutely massive. I don’t know if it’s a given that there will be no one allowed.

“I’d like to see season-ticket holders, sponsors and the players’ families in there. I’m sure people can socially distance in that stadium.

“It’s huge for the city on the back of getting to the Grand Final last year. It’s not supposed to happen to a club like ours, but it shows that it’s not money that makes you win. It was sheer desire and resilience that got the win.”