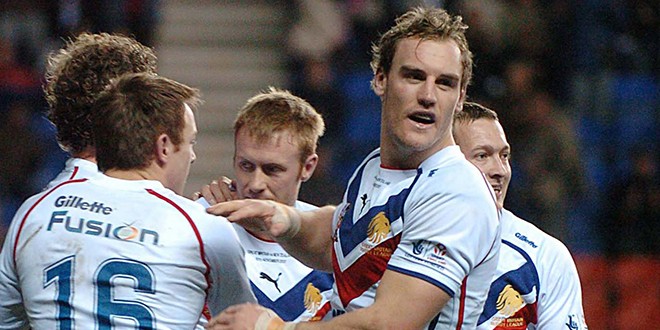 I don’t know how far the RFL has got in planning the domestic representative season, and whether the idea of playing England versus the Exiles is already cast in stone.

But if it isn’t, I would like to propose an alternative.

If we are going to bring back the Great Britain side to tour Australasia in 2015, why not have a mid-season game over the next two seasons between England and the combined Celtic nations.

Scotland, Ireland and Wales have plenty of talented players who ply their trade in both Super League and the Championship, and we saw many of them performing in the World Cup recently.

If we were to select a Celtic team from those three nations I’m quite certain that we could have a very strong team indeed, and one that would give England a very good game indeed.

Their forwards in particular would be potentially a match for England’s, particularly if England were unable to call on the Burgess brothers and James Graham from the NRL.

And in the back line, wouldn’t it be great to see Danny Brough leading a side against England, but with Great Britain spots up for grabs.

I would have no interest in watching a hybrid game between England and the Wallabies.

But I would be very keen to see a game between England and the Celtic nations.

I would suggest that Steve McCormack would be the obvious man to coach the Celts, given the way he handled the Scotland job in the World Cup.

In fact the RFL could make the game even more relevant by declaring that it will be Great Britain that plays in the Four Nations in Australasia in 2014, meaning that the players in this proposed game really would be playing for places in that squad.

Given that the World Cup officials managed to sell out the John Smith’s Stadium in Huddersfield for a match between England and Ireland, I would hope that the RFL could come somewhere near to selling out the same venue for a game against the Celtic nations as a whole.

All it needs is a little imagination.