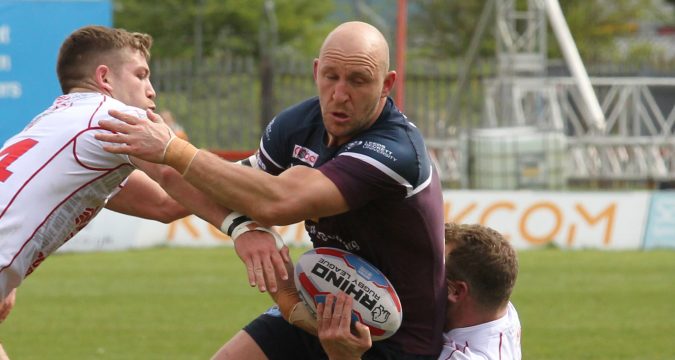 Hull KR have held talks with Carl Ablett about a shock move to the Robins.

League Express has learned that the long-serving Leeds forward has discussed a move in 2019 with Rovers representatives, with his contract at the Rhinos set to expire at the end of the season.

The 32-year-old has spent his entire career at Leeds, making over 300 appearances for the club since his debut in 2004.

He’s gone on to win seven Grand Finals, two Challenge Cup and the World Club Challenge, making him one of the most decorated players in Super League’s and Leeds’ history.

But his future at the club is in doubt, with a potential reunion with Danny McGuire and Jamie Peacock in the pipeline for next season.

Tim Sheens told the media earlier this month that the club had completed deals for three players ahead of 2019.

Two of those are believed to be Jimmy Keinhorst and Ryan Lannon, as revealed by League Express over the last several weeks.

Although Ablett is not believed to be the mystery third man, he has entered negotiations with the club and League Express understands there is a sizeable difference between the club’s valuation of Ablett and that of the player himself, but a deal is still understood to be alive at this stage.

Leeds’ stance on the matter is uncertain, though Ablett’s pursuit of a deal elsewhere is a strong pointer that his time at Headingley could be coming to an end in the near future.