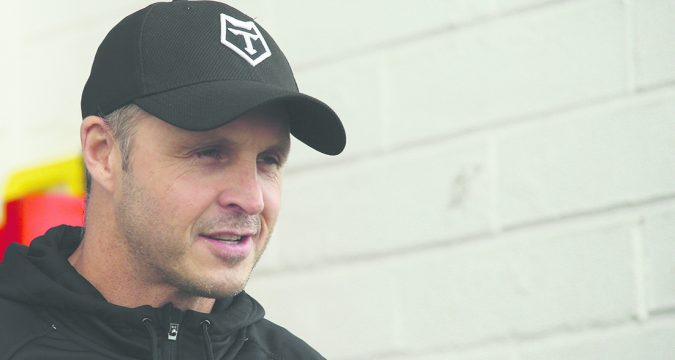 Paul Rowley insists he couldn’t care less about his history with Leigh Centurions as he prepares to take on his former side at Summer Bash.

Rowley quit the Centurions on the eve of the 2016 season after a fallout with club owner Derek Beaumont.

However, Rowley told TotalRL he has no interest in Leigh, revealing that his enjoyment at Toronto is too big a distraction.

“I live in a bubble and I just ignore the fanfare,” he said.

“I’m too busy enjoying what I do with the people I do it with to worry about anything like that. I’m sure the people at Leigh are the same. I got bored of it after a week.

“I’ve not kept a keen eye on them, just on our job. I previewed them this week but that’s it. They’ve got a team full of Super League and NRL players who play tough and patient. I guess the slow start you can put down to a lack of understanding of the Championship and negotiating that, but they’ve got a handle of that.”

That said, a win for the Wolfpack would inevitably help them on different levels. Victory would retain their five-point lead at the top, while also damaging Leigh’s top four hopes.

Few would argue that Leigh’s absence from the Qualifiers would remove a major force to contend with after their blistering form, but Rowley was adamant his side’s only focus was to make the top four themselves.

“I think there will be enough to contend with anyway than have to worry just about that,” he said.

“I think all we need to worry about is getting ourselves in the top four, that’s it. Not anyone else.

“The game is bigger for Leigh, definitely. Every game is massive for them as they can’t afford slip-ups. They’ll want to fix up what went wrong at the beginning of the year because a lot of noise was made the Leigh end and we kept quiet throughout, so to come up short would have been particularly painful.”