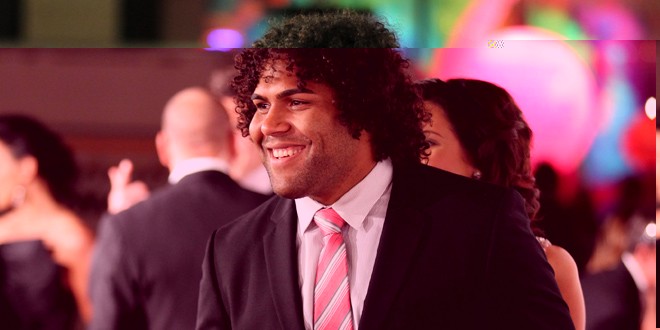 Queensland Origin coach Mal Meninga claims Brisbane Broncos’ decision to strip their captaincy from Sam Thaiday could be a master stroke – even though Meninga knows the World Cup forward will be hurting emotionally.

Thaiday agreed to hand over the leadership of the club last week to new co-captains Corey Parker and Justin Hodges.

Coach Anthony Griffin told Thaiday a few weeks ago he wanted the big forward to stand aside as captain, believing it would help him recapture his best form as the Broncos attempt to fight back from their worst year in the club’s 26-year history.

Thaiday admitted he tried to convince the coach he should keep his job.

“It’s one of the hardest decisions I’ve had to make,” Thaiday said.

“The coach’s thoughts were that it would be best for me and the team, and I play my best football when I don’t have the added responsibility of being the Broncos’ captain.”

Meninga agreed: “Sam Thaiday is a proud and passionate footballer, so there is no doubt that he would still be hurting over his removal as Brisbane Broncos captain.

“But as tough as the news would be for Sam to take in right now, I think club coach Anthony Griffin’s decision … will prove to be the best move for all players, and the club as a whole.

“I think the release in pressure by not having to be the public face of the club will allow Sam time and space to improve his game.

“Sam is a terrific leader. This decision will not change that. You don’t need to be the captain of the team to be a great leader.

“He is a defender of team standards and values, and is a player younger team-mates respect and look to follow.

“So he still carries leadership pressure into representative games as well. It is just at that level there are more senior players there to share the load.”