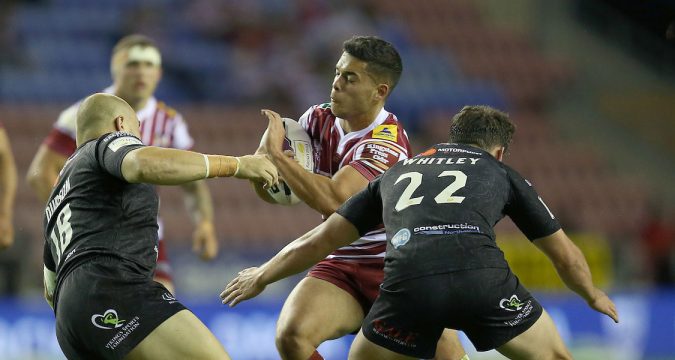 Jake Shorrocks is in line to make his Salford debut after being named in the Red Devil’s 19-man squad to face Warrington.

The halfback joined the club on a one-month loan last week but didn’t feature over Easter.

However, he has been named in the squad this week, with Lee Mossop, Mark Flanagan and Craig Kopczak all in contention to play after missing the Easter Monday reverse against Leeds.

However, fullback Niall Evalds will not play, having failed a concussion assessment test during the defeat to the Rhinos.

Warrington have made one change, with hooker Morgan Smith replacing Ben Murdoch-Masila after the forward suffered a knee injury that will keep him out for three to four weeks.