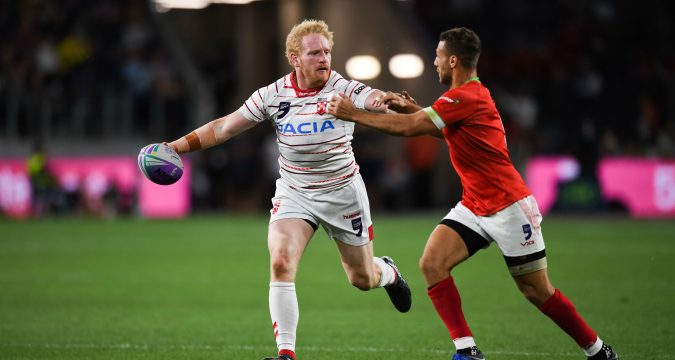 Kristian Woolf has paid testament to James Graham’s impact on the Saints squad since rejoining the club.

The Great Britain captain is back in training with the Super League champions, almost a decade since leaving the club for the NRL.

He is in line to make his second debut against Catalans on Sunday, and Woolf says his presence has been felt around the club.

“He’s fitted in exceptionally, we knew he would.

“When it first came up we had a number of discussions with him over the phone and the thing that shone through in every conversation I had with him was how excited he was to come here and his reasoning was all the right reasons.

“It made it impossible not to want to make it happen. He’s come in with that same enthusiasm, he’s been a terrific presence on the group, he’s got a great personality and a driven mindset on what he wants to achieve and bring to a football team, and what I know we’ll get out of James is everything he’s got and he’ll find more from the players around him as well. That’s the biggest attraction of bringing him here.