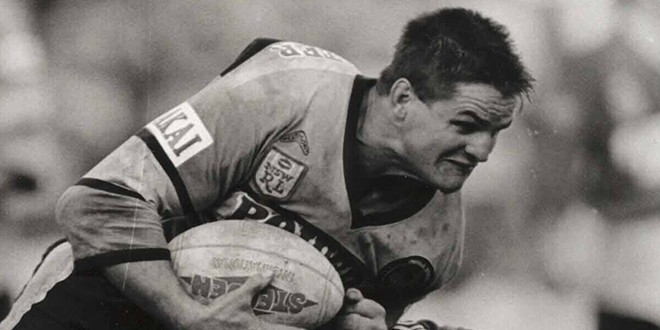 It has been a week of Rugby League nostalgia for your humble Antipodean scribe.

An email from the good folk at the Rugby League Museum in Sydney had alerted me to the fact that the voting process for the latest addition to Australia’s Hall of Fame was about to begin.

And those of us lucky to have a say were asked to make our suggestions as to which great players should appear on this year’s shortlist.

The 100 greatest players in history already have a place in the list of those honoured. Nevertheless, a host of great names who retired more than a decade ago are yet to get a gong.

Sadly, the deeds of many of them have faded in the mists of time, and I suspect that the shortlist will be completely dominated by players who pulled on the green and gold jumper in the most recent quarter of a century.

But here are a few of my favourites from back in the days of yore.

I have been blessed when it comes to Rugby League, having seen in action 15 of the 17 members of the ‘Team of the Century’, chosen when the Australian game celebrated its first 100 years in 2008.

And the other two, Dally Messenger and Frank Burge, I had seen – but not in their playing days.

One of the most interesting fellows I have ever interviewed was winger Alan Ridley, who toured Britain with the Kangaroos in 1929-30 and again four years later.

A knee injury limited his appearances on the former, but he still scored eleven tries in seven matches. And in 1933-34 he topped the try-scoring with 25 in 27 games.

We chatted in 1983, when Ridley was 73 years old and he proudly posed in a Western Suburbs shirt and wearing his Premiership winner’s cap from 1934 when the Magpies won the title.

My great regret was that I didn’t accept his offer to lend me the diaries he kept on both tours. I was afraid that either or both might go astray. These days I would have quickly accepted and scanned each and every page for the sake of history.

I hope they are somewhere safe in Alan’s family.

Another name that caught my eye was that of Lionel Cooper, also a great winger, whose exploits in England are legendary, especially some of his efforts for Huddersfield.

The 100 greatest players in history already have a place in the list of those honoured. Nevertheless, a host of great names who retired more than a decade ago are yet to get a gong.

When I was in Old Blighty for the 1995 World Cup, a colleague, Graham ‘Poppa’ Clay, took me out to the old Fartown ground. I soaked up the atmosphere, especially in the so-called Cooper’s Corner, where the Aussie great scored so many of his tries.

During his eight seasons in England he scored 432 tries, an average of 54 each year. His best season was 1951-52, when he led Britain’s try-scorers with a bag of 71 three-pointers. Once during that season, against Keighley, Cooper went over for no fewer than ten tries and, kicking a couple of goals, too, he brought his match tally to 34 points (it would have been 44 under the current scoring system).

Playing centre inside him that day was another fine Australian, Pat Devery, who is also on the Hall of Fame voting list.

The pair were also together in one of the most notorious international games ever played. In November 1951 Cooper captained Other Nationalities against France at Hull in what has become known as ‘The Battle of the Boulevard’. In the vicious match there were a host of players injured.

One of them, fellow-Australian Arthur Clues, was hospitalised. But, for Cooper, the match was a personal triumph. He scored three tries, helping Other Nationalities to a 17-14 victory. It was France’s only defeat in that year’s International Championship.

By the way, another Australian in that international clash was wrestler and ex-rugby union Test prop, ‘Wallaby Bob’ McMaster. He was infamous for the deeds of his pet dog Kelly, who used to run onto the pitch and bite referees. Wallaby Bob always denied he had taught Kelly this party trick, but he always made the denial with a broad smile on his face and a wink of his right eye.

What is it about wingers that seem to excite Rugby League fans? I noticed a few other potential Hall of Famers. There was St George star Noel Pidding, dubbed by a British journalist during the 1952-53 Kangaroo tour as “Rugby League’s Bradman”. Pidding averaged 10.4 points per match on that swing through Britain and France. And that was after he had been forced to switch from fullback to winger to accommodate a rather handy No 1, Clive Churchill.

Then there was one of my heroes when I was a schoolboy – Peter Dimond. He pushed the rules to the limit with some frightening stiff-arm tackles on British counterparts on the 1963-64 Kangaroo tour. But as an Australian used to seeing our fellows get some ‘hurry-up’ from the likes of Vince Karalius and Duggie Greenall, back then I couldn’t have cared less.

Ah, memories! But all I have to do now is to decide on my ten nominations for those with supreme rugby ability.

It will be no easy task.