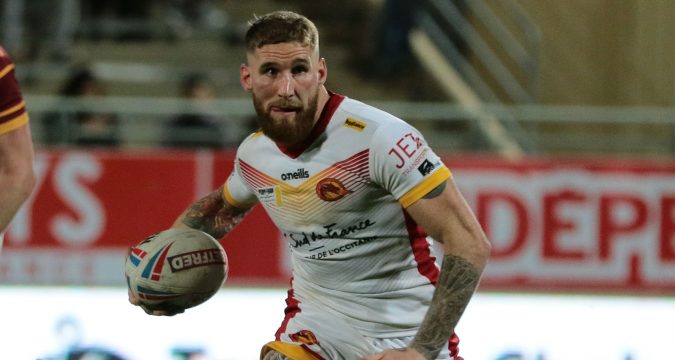 Sam Tomkins has added his support for a call to play a unique match covering two competitions to ease fixture-list pressure and save spiralling travel costs for Catalans Dragons.

The withdrawal of Championship clubs from this year’s Challenge Cup meant RFL officials had to conduct a special draw, which put six teams through to the quarter-finals but left four sides to play in a unique sixth round.

One of those round six clashes is Wakefield v Catalans, which will now take place on August 22nd, the same date that had been scheduled for the two clubs to play a Super League fixture that was postponed because of bad weather in February.

The idea of a winner-takes-all two-games-in-one where the Cup and Super League results were decided over 80 minutes was floated on social media last week and by League Express editor Martyn Sadler in his ‘Talking Rugby League’ column, and has been gathering support.

Catalans President Bernard Guasch, who is facing soaring costs to travel to and from the UK in August, felt the draw put unfair pressure on his club and Tomkins agrees.

The Dragons fullback told League Express: “It doesn’t seem fair really. Bernard’s paying half a million pounds already on travel for us and then you get another spanner thrown in the works. The teams we were facing were Championship sides who pulled out, but instead of us getting the bye and going through we now have to face Super League opposition and other teams got the benefit of going straight into the quarter-finals.

“It’s another game, another massive cost to our club and another postponement of a Super League fixture.

“One less game wouldn’t do anybody any harm and it would be a fairer way of doing it. Hopefully Wakefield will feel the same. What’s the point in going there and back twice when it can be wrapped up in one game?

“It would put more importance on that game and attract more attention.”