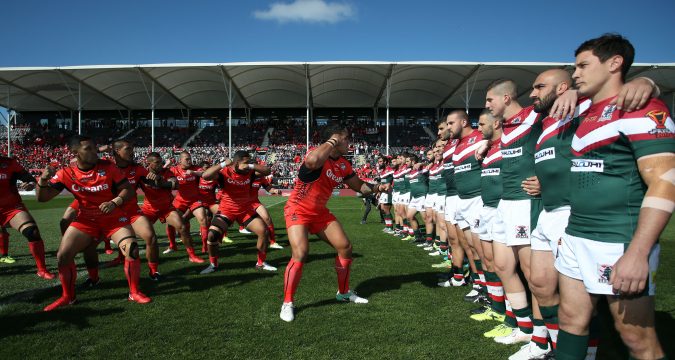 Tonga advanced to the semi-finals of the World Cup after overcoming a huge scare to defeat minnows Lebanon 24-22.

The Mate Ma’a, who put everyone on notice with their victory over New Zealand to top Group B, were expected to comfortably overcome Brad Fittler’s side, who finished third in Group A.

However, The Cedars threatened to provide a shock all the way through the contest and made the Tongans hold out in a nervy final 10 minutes after Abbas Miski had scored to cut the deficit to two points.

The two teams exchanged early tries through Tui Lolohea and Adam Doueihi but Tonga looked to be taking control when David Fusitu’a and Will Hopoate both scored.

However, James Elias try for the Cedars kept them in it, and another score for Miksi just after Fusitu’a had bagged his second made in 22-16 at the break.

Lebanon looked to have levelled the scores just after the interval when Doueihi crossed, but the video referee cancelled it out for a controversial obstruction and Tonga extended the lead through a penalty goal.

Miski’s final try offered a nervy finish, but Tonga held on to book a place in the semi-finals, where they will face England or Papua New Guinea.