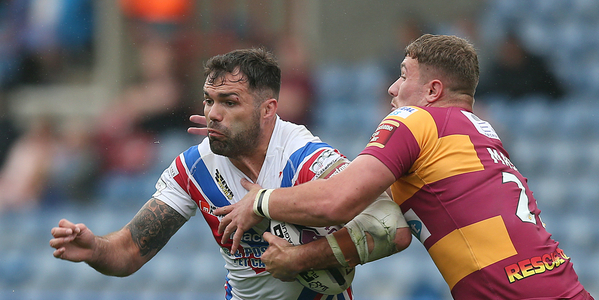 Wakefield Trinity have confirmed that Anthony England has signed a new two-year extension to his contract with the club.

England, who joined Wakefield from Warrington at the start of last year, will stay at Belle Vue until the end of the 2019 season at least, with an option for both parties to extend for another year through to the end of the 2020 season if agreed.

And England said he’s delighted to be involved long-term at a club he’s enjoyed being at – saying he would like to stay for all three years of the extension if possible.

He said: “It’s good to be part of a club that’s moving forward; Michael Carter is pushing things a lot behind the scenes and Chezzy is doing what he can on the field too so it’s really good at the minute.

“I’m 30 now and my body feels good. I’ll be looking to push for that third when it’s ready but just to be part of a club moving forward is good.

“I’ve loved it here from day one, even when Brian (Smith) was here. It’s just a great group of lads and everyone has been really good to me.”