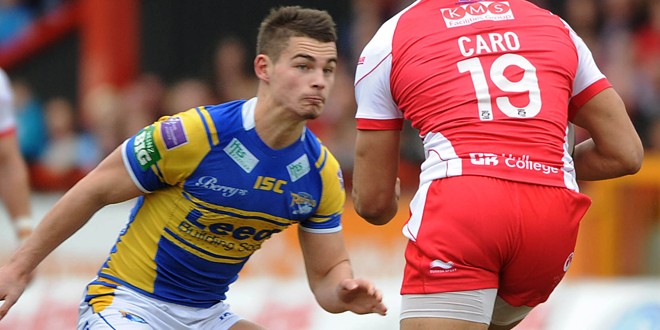 Leeds Rhinos forward Stevie Ward has revealed how much he is looking forward to squaring off against “Leeds legend” Gareth Ellis on Sunday afternoon.

The Rhinos take on Hull desperate to return to some sort of form and continue their challenge for top spot in Super League, with Ward’s battle against the likes of Ellis and Mark Minichiello in the Hull back-row likely to be crucial.

And he said that if he lines up against Ellis, it will be a battle he fully relishes.

“Gareth Ellis is someone who was a bit of a Leeds legend when I was growing up,” he told the Yorkshire Evening Post.

“I used to watch him as a kid so it was interesting playing him earlier in the year.

“It was a good physical battle between us and I’m expecting the same come Sunday if he’s down my side.

“Hull are going really well and I thought they were unfortunate to lose at Catalans on Saturday.”