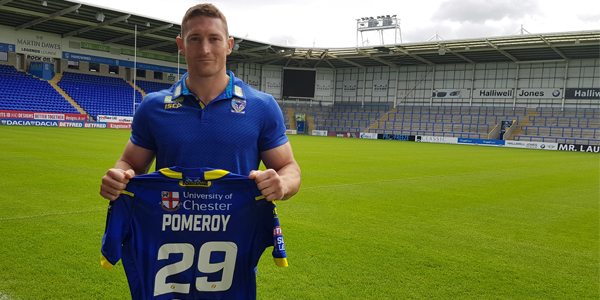 Warrington Wolves have confirmed the re-signing of outside back Ben Pomeroy.

The 34-year-old has joined the club with immediate effect until the end of this season, having previously spent time in the French leagues with Lezignan.

Pomeroy signed for Warrington on an initial short-term deal in July last year, scoring four tries in as many games.

“I’m very excited about returning to Warrington. I always wanted to come back at some point so it’s great that the opportunity has come about so soon,” he said.

“I enjoyed my time with the club last year and it’s great to see the team going well on the field this season. I can’t wait to get started.”

Wolves’ head coach Steve Price added: “Ben’s a pro with a really good understanding of the game having been around for quite a while now. He’s a team-first player and can play in a number of positions; in the back row as well as at centre. He played a few games here at Warrington last year and he’s someone who everyone loves playing with. I had no hesitation in getting him back over here.”