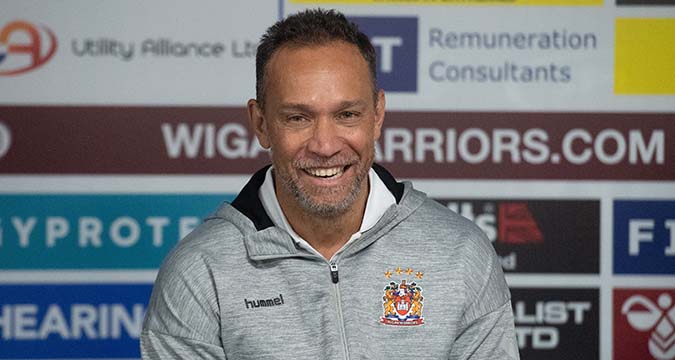 The Warriors came from behind to dispatch of Hull FC 29-2 and secure their first major final appearance under Lam.

“I’m just over the moon for the whole group, the players, staff and fans who haven’t been able to share these moments,” he said.

“It’s as important to us than ever before. It’s been a long season with twists and turns, to stick together and feel like we’ve got it right is a blessing really and I’m just proud of everyone.

“We showed a lot of resilience there. Watching it, you could see, I just felt we were never going to be broken through our defensive line and that’s how you need to be in big games. We panicked at times and didn’t have that composure, Hull had some decisions against them that were 50/50 but I was pleased with the toughness of us.”

Jackson Hastings played the game at hooker and Lam believes it’s a role he could take moving forward.

“He’s just the ultimate competitor. I spoke about it being an option, he was very supportive of it. Harry Smith played there too and it was great for him and his development.”